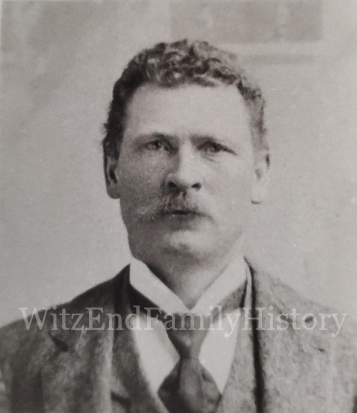 August Weigel August Weigel August Weigel was born 20 April 1856 at Weigelsdorf in Schlaeisan, Germany (now Wigancice, Dolnoslaskie, Poland). After his service in the German military, he followed his 3 brothers (Paul, Joseph, Herman) and sister (Marie Weigel Luecke) to the US. August appears to have come directly to Wisconsin after his arrival in … END_OF_DOCUMENT_TOKEN_TO_BE_REPLACED

Weigel Oscar J. Weigel Sr. was the son of Herman Weigel and Clara Hartl Weigel. He married Tina Weissenbeck in 1925. Oscar is buried at Gate of Heaven Cemetery in Marshfield, WI. Find A Grave memorial for Oscar J Weigel can be seen here: https://www.findagrave.com/memorial/149556132/oscar-weigel Oscar Herman Weigel Jr. was a child of Oscar Weigel … END_OF_DOCUMENT_TOKEN_TO_BE_REPLACED Jacob Bohman Jacob Bohman is my 3rd great grandfather. He is buried at St Michael's Church Cemetery in Hewitt, Wisconsin. His Find A Grave memorial can be found here. Hyršov location in Czech Republic Jacob Bohman was born at dwelling number 17 in the village of Hyršov (formerly Hirschau, Germany), Domažlice District, Plzeň Region of … END_OF_DOCUMENT_TOKEN_TO_BE_REPLACED 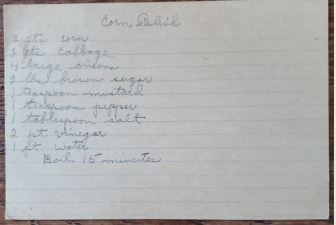 Page 6 and 7 These pictures are from the collection of my grandmother Lagada Dirk Weigel's senior year in high school. The people in the photos are most likely from Columbus Catholic High School in Marshfield, Wisconsin, or from St. Mary's Catholic School in Bismarck, North Dakota. The students in the photos are probably from … END_OF_DOCUMENT_TOKEN_TO_BE_REPLACED

Page 5 These pictures are from my grandmother Lagada Dirk Weigel's senior year in high school. The people in the photos are most likely students that attended Columbus Catholic High School in Marshfield, Wisconsin or St. Mary's Catholic School in Bismarck, North Dakota. The majority of people would likely be from the graduating class of … END_OF_DOCUMENT_TOKEN_TO_BE_REPLACED 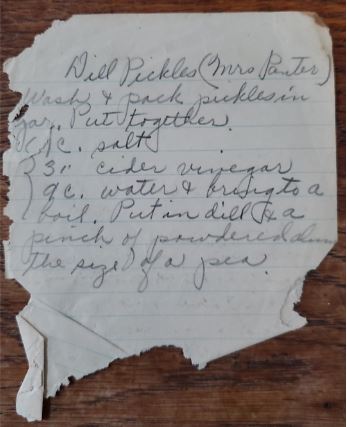 Dill Pickles This recipe is from the collection of my great grandmother, Viola Widmann Weigel. Dill Pickles (Mrs Panter) Wash and pack pickles in jar. Put together: 1C. salt 3 C. cider vinegar 9 C. water and bring to a boil. Put in dill and a pinch of powdered alum the size of a pea.